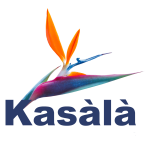 I was introduced to Kasàlà by a fellow Kasàlà practitioner. She shared with me her love and passion and something in me connected with it. I sensed how beneficial it would be to my clients. As a transitional trauma coach I know that in order to support and serve my diverse clientele, I must have eclectic, diverse and powerful tools at my disposal.

My curiosity was sparked and I searched the internet until I came across Jean’s website and I contacted him. We met and I was hooked. I saw the potential even clearer for my clients but I sensed that Kasàlà’s would be extremely healing and therapeutic for me as well.

I had been struggling with white distrust and anger over the way black people have been treated not just historically but in present day experiences. Over the years I have swallowed so many things, that truthfully, no human being should be forced to swallow. Kasàlà’s offered me a forum which give voice to the pains, wounds, trauma, anger, distrust, and anguish that was trapped in my soul. But it was not just my soul but those of my ancestors, my fore parents, and my lineage. It opened a way for me to share their outrage for being treated as less than a human being. The hurt for being viewed as less than in spite of our contributions to the world.  The sense of betrayal because we were bought, sold and bred like cattle and our families destroyed because of white greed.

Kasàlà’s opened the door to freedom for me. A way to release the injustice that my people have been forced to endure as we were and are gas lit, minimized, dismissed, and treated as less than even when we are qualified. The injustice of our homes being burnt, our young men being killed, our young girls being treated as sex objects. Kasàlà’s have allowed me to voice my righteous anger over the maltreatment of my people. It has opened a way for me to tell and powerfully share my story. To release the fire that has been pent up in my bones!

As a transitional trauma coach, I use Kasàlà’s in my work with clients. It allows sex addicts to connect empathically with the traumatic pain their partners have endured. Kasàlà’s have also opened a way for my clients to connect with their emotions rather than continuing in a disconnected way with self and with others. As a tool, clients have been able to mourn abuses, trauma, broken relationships, and their inner child, abandonment and rejection issues in a therapeutic way. They are not overwhelmed but they are able to process these damaging life events while sowing in hope and a sense of peace as they write their Kasàlà’s. 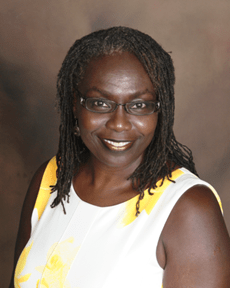